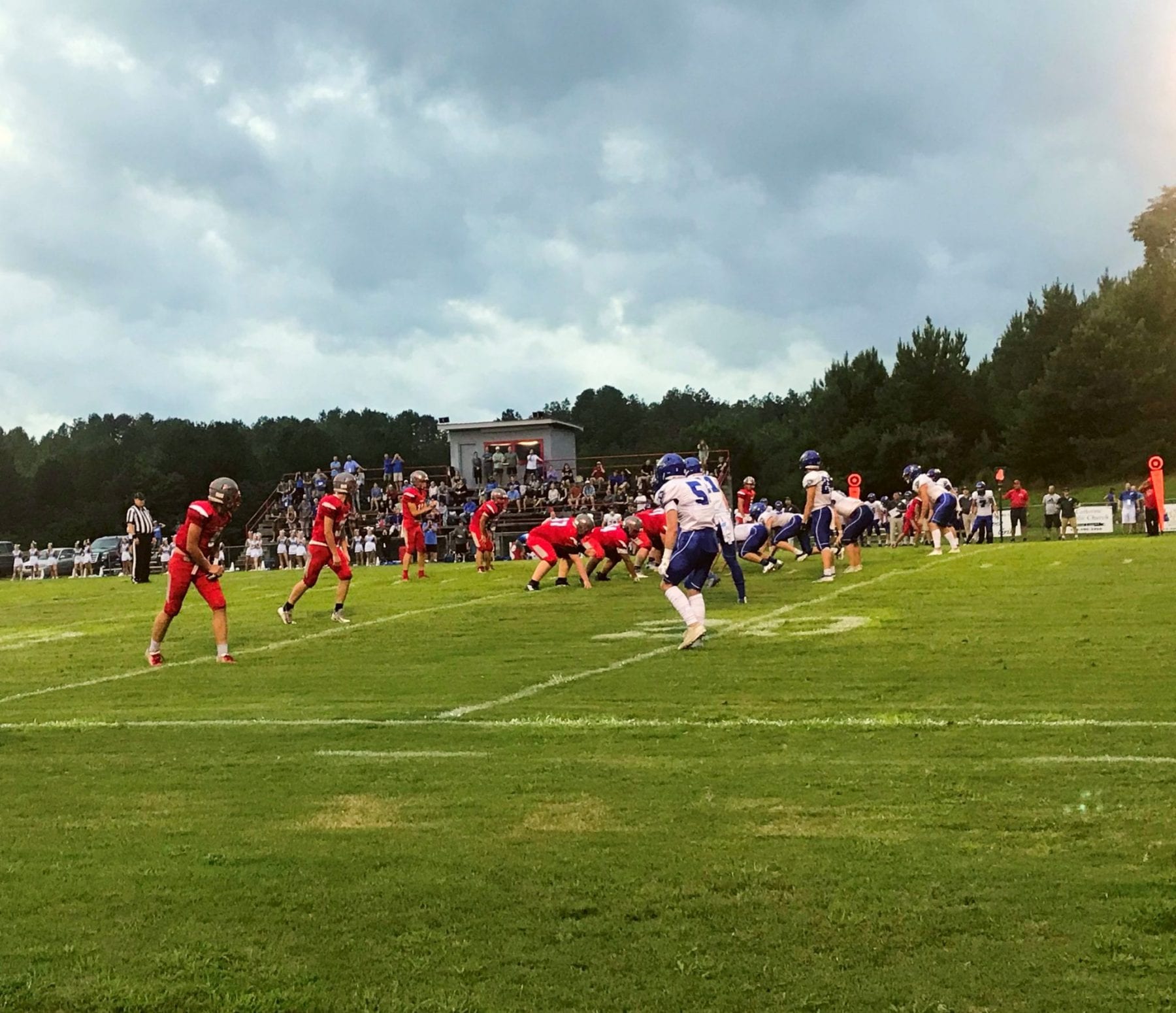 Hurricane Laura prompted many High School Games in Tennessee to be moved up to Thursday night throughout the state. Laura, However, wouldn’t quite have the Force to postpone The Copper Basin Cougars and The Georgia Force from squaring off on Friday Night.

Many of our Team FYN Sports Readers are probably curious as to how a Georgia High School Football team was able to play a game on Friday August 28th when the Georgia High School Athletic Association (GHSA) set in their guidelines for games to start the week of Sept 4th.

Copper Basin entered the game 1-0 following a rivalry victory over Polk County last Friday. Both teams would play great defense throughout the whole games. The Scoreboard really didn’t see any action until the last play of the 1st half. Bryson Grabowski found Dawson Worth for a 10-yard touchdown pass in the back of the endzone as time expired in the 2nd quarter. Grabowksi, would kick the extra point making it 7-0 Cougars going into the locker room.

Georgia Force Christian kicked an onside kick to start the 2nd half and would recover it. It was a huge momentum shift since the last play of the 1st half resulted in a Copper Basin Touchdown. Kyle Mosley, Quarterback for the Force would throw a 15-yard touchdown pass 4 plays later to make it 7-6. The extra point was no good.

The next drive of the game would be the key drive of the game. Copper Basin would have great runs throughout the game by Running Back Sebastian Baliles. Baliles would have 117 rushing yards on the day. Baliles had 2 First Downs runs on this drive that put Copper Basin into Force territory. A holding penalty would put the Cougars in a tough spot facing a 4th and goal from the 25-yard line. Grabowski would hit Timothy Jabaley up the middle and Jabaley would just stretch the ball across the goal line for a touchdown. Cougars would lead 14- 6 with 6:48 left in the 3rd quarter.

The score would remain 14-6 in favor of the Cougars as we entered the 4th. Georgia Force Christian, Quarterback Kyle Mosley, would engineer a drive capped off by a 4-yard touchdown pass. After the Touchdown an Unsportsmanlike penalty was thrown on the Force. Backing up the 2-point conversion to the 18-yard line. The 2 Pt Try failed and the score was Cougars 14 Force 12 with 8 minutes to go in the 4th.

Copper Basin would get a 2 first downs the next drive before having to punt the ball back to the Force.

With 1:50 to go in the game, Mosley would throw a deep pass over the middle, but Copper Basin Cougar Bryson Grabowski would intercept the pass at the 4 Yard line. Securing a 14-12 Win for the Cougars.

The Cougar Offensive line, led by Chance Rollins, opened holes for Running Back Sebastian Baliles all night that really set up the passing touchdowns by Grabowski. It was truly a team effort for the Cougars as they were able to get the win over last season’s #3 Ranked Home School Team in the County. This is the 1st time since 2012 that Copper Basin has started 2-0.

Copper Basin will travel to Sale Creek Friday September 4th . This will start Region play for the Cougars and the winner of this game will more than likely host a home playoff game.