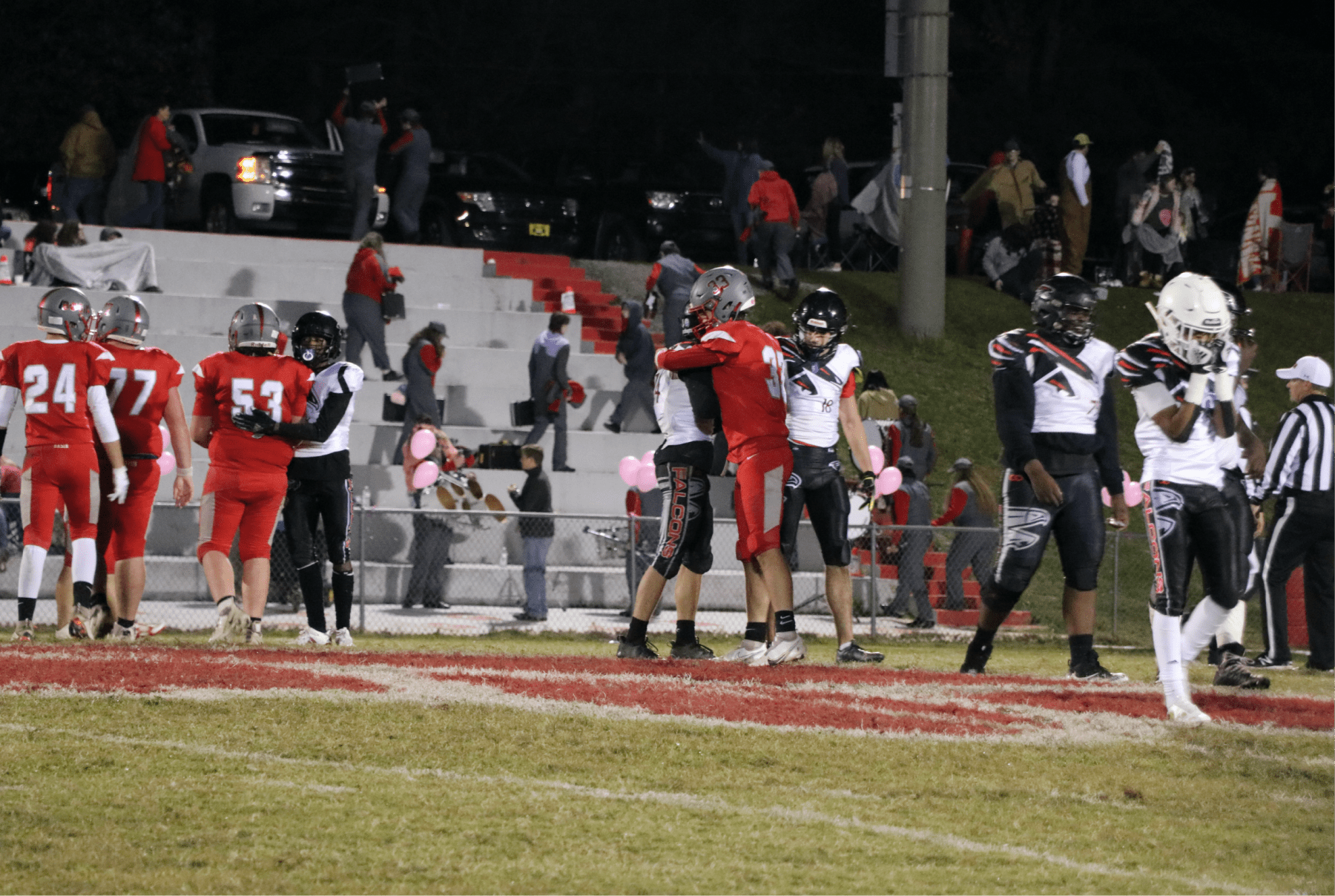 Northwest came into the game looking for a win after falling to Sale Creek last week. Their only wins coming against Skipstone Academy and the Greenwood Raptors.

The whole game was a defensive battle. Both teams got after it defensively and both teams really struggled moving the ball up and down the field consistently. Copper Basins defense was led by Senior Tim Fair and Senior Tim Jabaley. The Falcons were led by Defensive end Tristan Johnson and Cornerback Domonick Byrd, who had 2 interceptions and returned one for a touchdown, which was the only score the Falcons could get throughout the entire game. The Cougars did not allow the Falcons to get into the end zone the entire game.

The Cougars did score early on a 2 yard touchdown early in the first quarter by Jonathan Johnson. Early in the second quarter Dawson Worthy found AJ Miles for a 35 yard touchdown but after that failed to find the end zone. The Cougars really struggled to move the ball most of the game and threw three interceptions.

The Falcons struggled to move the ball on offense as well and never got a good drive going throughout the whole game. They did catch some momentum late in the fourth quarter but was stopped on fourth down at midfield by the Cougars to seal the victory.

The Cougars will host Fannin County this Friday. This will be the first time since 1997 that these two teams have played.