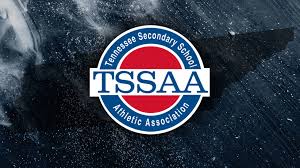 COSBY— The Cosby High School Eagles were set to play in their first playoff game in nine years this against against the Meigs County Tigers.

Unfortunately they were forced to forfeit their first round playoff game due to some members of their team testing positive for COVID-19.

“Once we put guys in quarantine that had to do so, we just won’t have enough to go up there and safely compete, It just wouldn’t be in the best interest for our kids, health wise. Between COVID and shear numbers, it wouldn’t be a wise venture for us.”

From the Newport Plain Talk:

“It’s played a big role in this season,” Hall said. “Some obviously more so than others. This year has been different for everybody. We’d love to be 100 percent and ready to go Friday, especially given its our first playoff berth in nine years.

“Regardless of the opponent, we’d love nothing more than to go out and represent our school on that stage. Just with everything going on right now, it just wasn’t in the cards for us.”

This is something that Team FYN Sports will be monitoring going forward.

We look forward to covering the Copper Basin Cougars on Friday as they host Clay County in the first round of the 1a Tennessee Secondary School Athletic Association State Playoffs.