On Friday night in Copperhill the Cougars suited up to take on the Bradley Knights for their homecoming game. The Cougars were ready to shake off a tough loss at Meigs and get back to business as usual. Sometimes a homecoming game can be daunting. After a full week of the different festivities that go on at school, like dressing up in different themes or choosing which students will be on the homecoming court, having your mind in the right place when the lights come on can be difficult. This time around that was not an issue for the boys in red and grey. 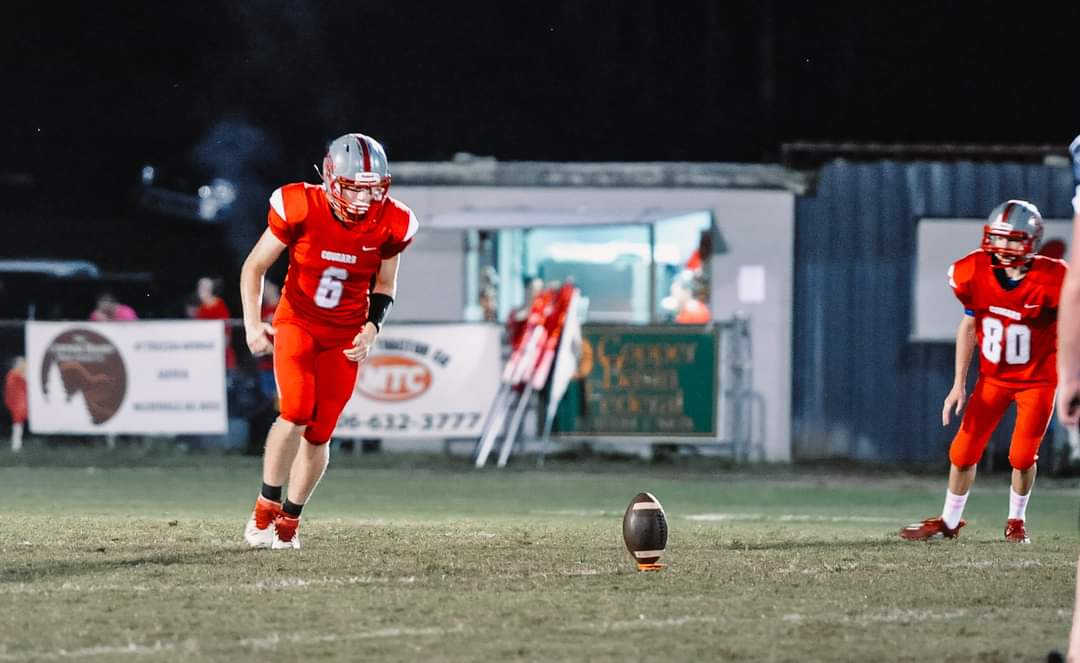 The game started with the Cougars kicking the ball off. The Knights return man was not able to get any positive yards off of the return and they began their offensive evening around the 30 yard line. For the Knights, this would turn out to be a very difficult night. They struggled all game to move the ball against the home team’s defense. Their first drive was a three and out and the punt team took the field. The punt snap was high and the kicker was unable to snag it. This resulted in him falling on the ball at the Cougar’s six. This is when Sebastian Baliles began work. On the first play from scrimmage, Baliles blasted through for six yards and his first touchdown of the evening. This would set the pace for the rest of the game.

Baliles ended up racing his way to six touchdowns before halftime. For the Copper Basin Cougars defense, they played equally as strong as their opposites. The Cougars defense finished the evening with a perfect shutout. The front line played strong, fitting into their assignments and making tackles. The secondary did the same. They made the right reads and played coverages like they were supposed to all night, even pulling a couple of picks. This is something that has not always been the case this season for the young Cougars. They have struggled in different situations to know their roles as well as they needed to, which is expected when playing people that do not have as much experience as they have in past teams. The way that the Cougars played Friday, however, shows that these growing pains may be winding down. It is a good time for that to happen, too, with the season doing the same.

The Copper Basin Cougars finished the night with a blowout score of 62-0 over the Bradley Knights and were able to get some young guys some fantastic game experience. They are looking to keep this momentum moving forward as they head out on the road this coming week to face the North Georgia Falcons who proved themselves to be a difficult game last season. After the Cougars face the Falcons this coming Friday (10/22), they will come home for one final home game for the 2021 regular season against regional foe South Pittsburg which will be one of their toughest games of the year with South Pitt being a perennial front runner for the gold ball.